The European Commission this week revealed a proposed overhaul to decades-old data protection rules in an effort to improve online privacy and Internet security across the European Union (EU) and beyond. However, even before the effects of the proposed rules could settle, backlash was felt from companies and governments around the world.

But here’s the real kicker…

The U.S. government was also quick to respond to the commission’s proposal. According to news provider the AFP, U.S. Coordinator for International Communications and Information Philip Verveer told reporters that the United States would examine the legislation closely in order to determine whether the proposal would be too costly for American businesses.

Sooo…as usual, the government would rather protect business interests rather than the public’s interest.  It should be mandatory, that any business that retains any consumer’s Personally Identifiable Information, should have that info encrypted. 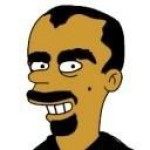